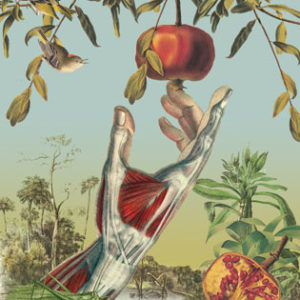 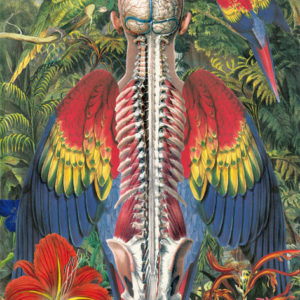 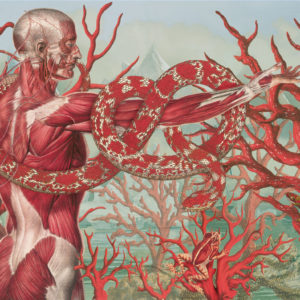 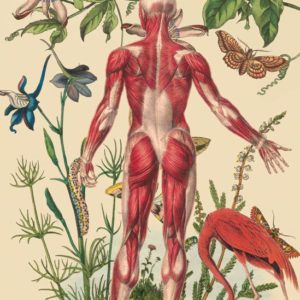 JUAN GATTI (Buenos Aires, Argentina, 1950)
Juan Gatti was born in Buenos Aires (Argentina) in 1950. Graduated in Visual Arts in his hometown, he works as a graphic designer and art director linking with the most important names in Argentine rock of those years such as SUI GENERIS, PESCADO RABIOSO or PAPPO'S BLUES for those who design the covers of their most emblematic albums.

In 1978 he moved to New York where he lives and works for a year collaborating with the Hello Again group of creators. In 1979 he left New York with the idea of settling in Paris and working designing prints for Kenzo, but before that, he passed through Madrid and what was to be a few days stay continued until today, establishing his residence in the Spanish capital. In an almost improvised way he begins to work and ends up being hired as art director by the record company CBS - Spain, remaining in that position until 1985. During those years he made the covers of the records of many Movida groups such as Tequila, Alaska - Dinarama or Mecano and also of other Spanish artists with extensive experience such as Ana Belén and Miguel Bosé. He also directs some music video clips of these groups and later others such as Les Negresse Vertes (MAMBO SHOW) or Fangoria (ABSOLUTAMENTE).

In 1985 he opened his own graphic design studio in Madrid, working since then as a graphic designer, art director and photographer for designers and firms such as SYBILLA, MARTINE SITBON, CHLOÉ, KARL LAGERFELD, JESÚS DEL POZO, LOEWE, ZARA, PURIFICACIÓN GARCÍA or ELENA BENARROCH. He is also in charge of the design of the bottle, packaging and art direction of the advertising campaigns for perfumes such as DUENDE, QUASAR, HALLOWEEN, ON, IN BLACK and AMBAR by the designer JESÚS DEL POZO.

In 1995 he made the graphic design for the film documentary THE CELLULOID CLOSET, directed by Rob Epstein and Jeffrey Friedman and in 2006 he made the one for JACK SMITH & THE DESTRUCTION OF ATLANTIS directed by Mary Jordan.

In 1996 he did the poster design for the 34th NEW YORK FILM FESTIVAL.

His connection to the publishing world is also wide. Between 1989-1990 he took over the Art Direction of VOGUE Italia magazine. In 1992 he collaborates with the GLAMOR France magazine. Regular contributor to the magazine VISIONAIRE (USA) as well as VOGUE Spain and other publications of Ediciones Condé Nast such as VANITY FAIR or VOGUE RUSSIA, his works have also been published in American magazines such as ELLE, INTERVIEW and NEWSWEEK and in the NEW YORK TIMES . In recent years he has frequently collaborated in the Spanish edition of VANITY FAIR and in other publications such as V, YO DONA, FANZINE 137, CANDY MAGAZINE, etc.

In 1998 he directed the art direction of the monographic book on Azzedine Alaia published by Steidl and has also collaborated with the publishing house Schirmer / Mosel for which he has made several books by the photographer Peter Lindbergh, of whom he has also designed his photographic exhibitions in Tokyo, Berlin, Hamburg, etc. In Spain he has published several books with TF Editores.

In 2006 and 2007 he took the photographs for the advertising campaigns of the SALONI firm.

In 2006 he designed the image for the exhibition ¡ALMODÓVAR: EXHIBITION! at the Cinématheque Francaise.

In 2009 he was in charge of art direction, graphic design and photographs for the book GEOGRAPHY OF SPANISH FASHION edited by ACME.

His art works have been seen in exhibitions, both individual and collective, such as FOR OPENERS: THE ART OF FILM TITLES, DREAMING IN PRINT: A DECADE OF VISIONAIRE, PASSION: SPANISH DESIGN, SIGNS OF THE CENTURY: 100 YEARS OF GRAPHIC DESIGN IN SPAIN, JUAN GATTI: GRAPHISM AND CELLULOID, THE EUROPEAN DESIGN SHOW (Design Museum, London), JUAN GATTI: SEEN AND NOT SEEN, MIAMI BEACH ART PHOTO EXPO in Miami, Florida (2007); Likewise, his art works have been studied in various magazines as well as in books and television programs.

He has received recognition both by the specialized press and by various organizations. Among others, the American film magazine PREMIERE named the TALK TO HER poster as the best of the year 2002 and has been awarded the NATIONAL DESIGN AWARD in 2004 and the GOLD MEDAL FOR MERIT IN FINE ARTS in 2010.