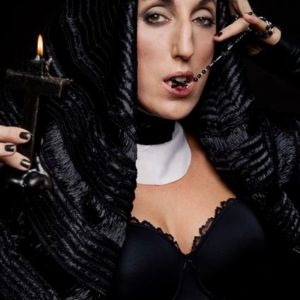 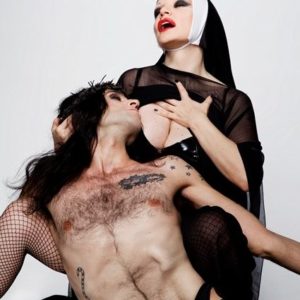 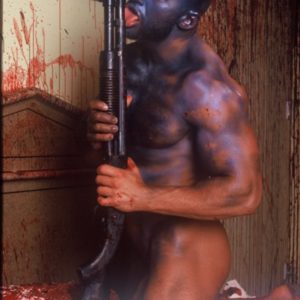 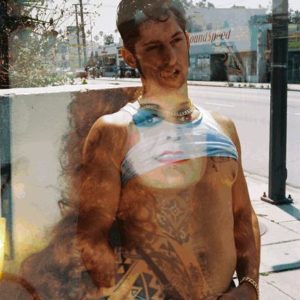 Bruce LaBruce is a Toronto based filmmaker, writer, director, photographer, and artist.
He began his career in the mid eighties making a series of short experimental super 8 films and co-editing a punk fanzine called J.D.s, which begat the queercore movement. He has directed and starred in three feature length movies, «No Skin Off My Ass» (1991), «Super 8 1/2» (1994), and «Hustler White» (1996). More recently he has directed two art/porn features, “Skin Flick” (2000)(hardcore version: “Skin Gang”) and “?e Raspberry Reich” (2004)(hardcore version: “?e Revolution Is My Boyfriend”), and the independent feature “Otto; or, Up with Dead People” (2008). After premiering at Sundance and Berlin, “?e Raspberry Reich” took off on the international film festival circuit, playing at over 150
festivals, including the Istanbul, Guadalajara, and Rio de Janeiro International Film Festivals. He was also honoured with retrospectives at the end of ’05 at the Madrid and
Hong Kong Gay and Lesbian Film Festivals. “Otto; or, Up with Dead People” also debuted at Sundance and Berlin and played at over 150 film festivals, culminating in a screening at MoMA in New York City in November of 2008. His new film, L.A. Zombie, starring French star Francois Sagat, premiered in competition at the Locarno International Film Festival in August, 2010. It had it’s French premier at the L’Etrange Film Festival in Paris and its North American premier at the Toronto International Film Festival in Septemer, 2010, followed be screenings at the Vancouver and Atlantic International Film Festivals, Raindance, Sitges, the 2Morrow Film Festival in Moscow, the Molodist Film Festival in Kiev, and dozens of others. ?e hardcore version, L.A. Zombie Hardcore, was released at Halloween, 2010.
LaBruce has written a premature memoir entitled “?e Reluctant Pornographer”, from Gutter Press. ?e Plug-In Gallery in Winnipeg, Canada published a book on LaBruce’s work, “Ride Queer Ride”, in 1998.
In the past several years, LaBruce has written and directed three theatrical productions. “Cheap Blacky” (2007) and “?e Bad Breast; or, ?e Strange Case of ?eda Lange” (2009) were both produced at the Hau 2 and featured Susanne Sachsse and Vaginal Davis. “Macho Family Romance” (2009), commissioned by ?eater Neumarkt in Zurich, also featured Ms. Sachsse and Ms. Davis. His latest theatrical venture was a dance/performance/film piece entitled Weekend in Alphaville made in collaboration with fellow Canadian artists Robin Poitras and Edward Poitras and shown and performed at Neutral Ground in Regina, Saskatchewan.
LaBruce was a contributing editor and frequent writer and photographer for Index magazine, and he has also been a regular contributor to Eye and Exclaim magazines, Dutch, Vice, the National Post, Nerve.com. and Black Book. He was also formerly a frequent photographer for the US porn mags Honcho and Inches, and has recently contributed to Butt, Kink, Jack, Currency, Kaiserin, and Slurp. As a fashion photographer he has contributed stories to such magazines as Dazed and Confused, Bon, Tank, Tetu, Fake, Attitude, Blend, Tokion, Purple Fashion, and the National Post.
LaBruce had his first solo show of photographs presented by the Alleged Gallery in New York in December 1999. He has had subsequent solo exhibits of his photographs at the Pitt Gallery in Vancouver, MC MAGMA in Milano, Italy, Bailey Fine Arts Gallery in Toronto, Peres Projects in San Francisco, and at John Connelly Presents in New York. His show “Heterosexuality Is the Opiate of the Masses” opened on July 16th/05 at Peres Projects in Los Angeles. In July/06 he mounted “Polaroid Rage: A Survey of Polaroids, 2000-2006” at Gallery 1313 in Toronto. In 2011 he expanded and updated the show at Gallery Wrong Weather in Porto, Portugal, under the title “Polaroid Rage: A Survey of Polaroids 2000-2011. In October of 2006 he was the featured artist at the Barcelona International Erotic Festival. His latest solo shows include “Untitled Hardcore Zombie Project”, which opened at Peres Projects in Culver City, LA, on May 23rd, 2009, and “L.A. Zombie: ?e Movie ?at Would Not Die”, which premiered at Peres Projects Berlin on January 30th, 2010. In July of 2010 LaBruce participated in Christophe Gurk’s theatre project “X-Homes Johannesburg”, in which a variety of artists performed theater pieces in private residences in Johannesburg, South Africa. LaBruce’s piece was called “Fifa Fick”. LaBruce has also made a number of popular music videos in Canada, two of which won him MuchMusic video awards.
In 2010 LaBruce directed two episodes of the ARTE documentary series “Into the
Night with…”, one featuring Harmony Korine and Gaspar Noe, the other featuring Beatrice Dalle and Virginie Despentes. In 2011 he also directed his first opera, an adaptation of Arnold Schoenberg’s Pierrot Lunaire with Susanne Sachsse and Luizo Vega. In May of 2011 LaBruce was invited to create an interactive film/installation/performance piece called “Ulrike’s Brain” at the conference “Die Untoten” at the art space Kampnagel in Hamburg, Germany.